What are EMC standards?

In today’s interconnected, technology-powered world, it’s important that all electronic and wireless devices fit into the same scheme of regulations. This is because when a device uses radiofrequency waves for communication, entertainment, or any other purposes, it doesn’t exist in a vacuum. It interacts with all other electronic and wireless devices in the vicinity, and without proper regulations, this unwanted, or unintentional radiation, could have detrimental effects. Electromagnetic interference(EMI) standards serve to reduce this radiation to manageable levels, while electromagnetic compatibility (EMC) standards represent the other side of this dynamic.

What Are EMC Standards?

The field of electromagnetic compatibility is a facet of electrical engineering, much like EMI. While EMI makes sure that devices produce reasonable, modest levels of radiofrequency radiation, EMC describes the radiation tolerances that devices need to possess. Since virtually all areas play home to a variety of different types of electromagnetic equipment, all devices need to be able to operate within certain levels of EMI.

The Purpose of EMC Standards

Whenever you operate two electronic devices close to one another, they always have some sort of effect on each other. Sufficiently sensitive devices will suffer from inhibited operational effectiveness, which might take a variety of forms. For instance, consumer radios are often disrupted when the user attempts to operate them near a source of intense electrical power usage. However, the risks of EMI and inadequate EMC extend far beyond simple, portable electronics devices. The reason that you have to turn off your phones and laptops while a plane takes off and lands is to avoid the risk of electromagnetic interference throwing off the extremely precise, sensitive process involved. Likewise, cars rely heavily on electronic systems in addition to their mechanical ones. Since cars need to operate near power lines, around other cars, and in a variety of other EMI-rich circumstances, it’s necessary that they have robust EMC protection to ensure that everything continues to work as it should. This is the ultimate role of the EMC standards; making sure that electronic devices continue to work as they should when they need to. EMC standards are commonplace in every developed nation, and many nations have similar standards as well. However, there is no centralized international body that governs electromagnetic compatibility and interference requirements.

Who Sets the EMC Standards?

The organization that guides the development of EMC standards varies from one nation to the next. In the United States, the Federal Communications Commission (FCC)establishes regulations pertaining to EMI as well as EMC. Manufacturers are required to meet the requirements that the FCC sets on various regulated devices before marketing a product for sale, at risk of fines and penalties if they fail to do so. A company can ensure that it complies with these regulations by seeking out a qualified laboratory for compliance testing services.

Compliance Testing maintains up-to-date, well-equipped laboratories that are fully capable of orchestrating any compliance testing services your company needs. Furthermore, our experience in handling testing for EMI and EMC means we’re able to handle the administrative and bureaucratic sides of the process with speed and efficiency. If you want to get your new product to market quickly, Compliance Testing can help.

What does FCC certified mean? 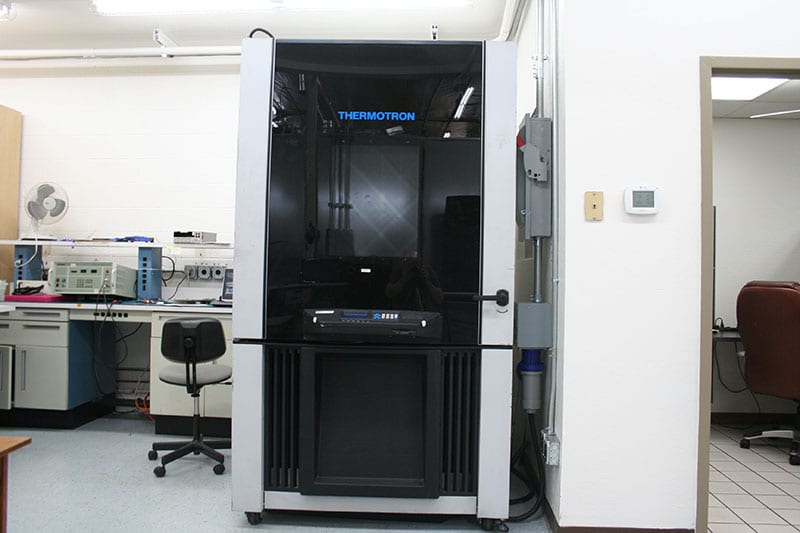 How do I get FCC certified?
Important Links
----
About Us →
Why Choose Us →
Accredited Lab Scope →
Take a Tour →